Avatar The Last Airbender: Why is it so good? 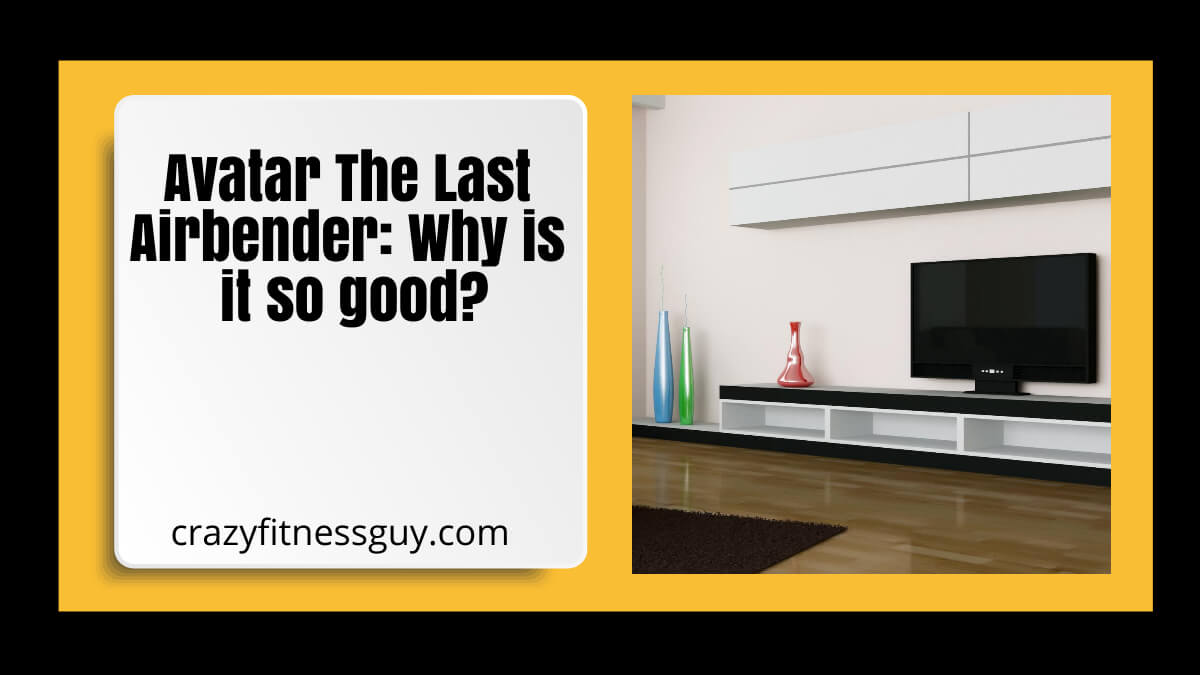 * Affiliate Disclaimer: This page contains some affiliate links. By using these links, you have no additional costs but I will be paid a commission or a discount on the service and, by doing so, you will support this site, its blog and the great work that is hidden behind every published article. Remember, I never suggest products or services that I haven't tried and that I don't consider valid. (Jimmy Clare) is an Independent Team Beachbody Coach.*

**Fitness Disclaimer:** The Service offers health, fitness and nutritional information and is designed for educational purposes only. You should not rely on this information as a substitute for, nor does it replace, professional medical advice, diagnosis, or treatment. If you have any concerns or questions about your health, you should always consult with a physician or other health-care professional. Do not disregard, avoid or delay obtaining medical or health related advice from your health-care professional because of something you may have read on the Service. The use of any information provided on the Service is solely at your own risk. (Jimmy Clare) is an Independent Team Beachbody Coach. 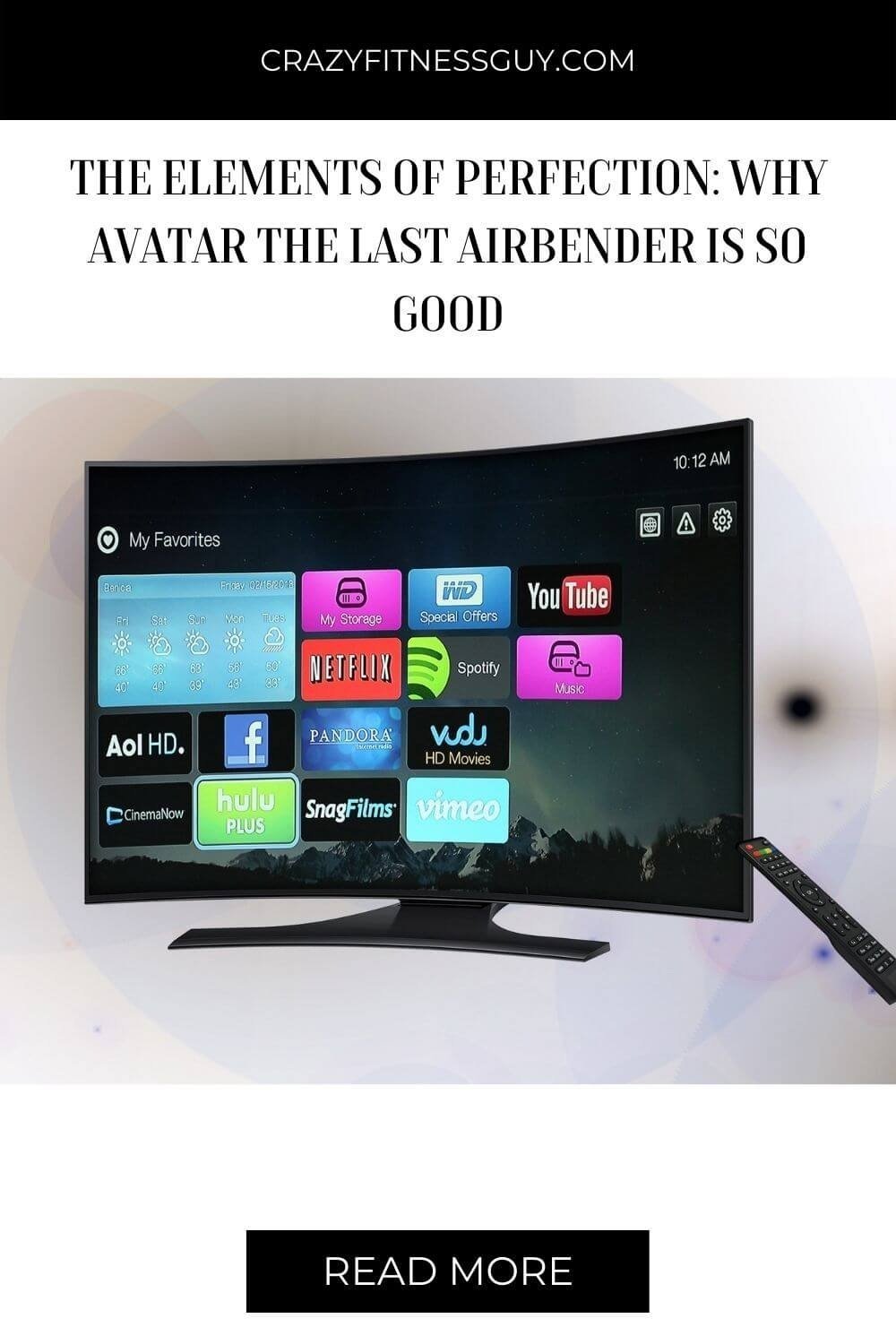 Avatar The Last Airbender is an amazing animated series.  Even though the show had some adult themes in the show, the show didn't talk down on the viewer.  They took the characters and the viewer on an adventure-filled action along the way.

The show did a lot of things right to make a great action series on Nickelodeon.  Here is what the creators of Avatar The Last Airbender did right with the show:

1. They had an end goal in mind for the show

2. The show didn't preach about (politics, money, and religion) at the viewer

3. The writers knew where to add humor so the story was not too dark

4. They knew who their audience that would watch it

6. The characters are loveable in their own ways

7. The cast was well picked

These are the elements of an amazing show, see what I did there?

The Avatar The Last Airbender writers include Michael Dante DiMartino and Bryan Konietzko. Working together, the two created a series that was very popular with millions of young fans. They are best known for creating the animated television show "Avatar: The Last Airbender".

The writers were amazing because they knew how they wrap up the show nicely and neatly.  They left nothing open-ended as some writers and directors do.  For example, the Sopranos left it open-ended and for those who haven't seen that show, I will not mention how they did that.

They let the characters develop over time through three amazing seasons.  I think they could have gone for one more.  It would have been interesting if they covered Aang, Katara, Sokka, and Suki, and we can't forget Prince Zuko when they grew up.

The humor that was in this show was funny.  Even the side story followed the bigger picture which was to defeat the Firelord.  I was shocked when I first discovered the show that the Firelord didn't appear until the beginning of season three.

The best Thing About Avatar The Last Airbender

The best parts about Avatar The Last Airbender are:

1. The sound effects in this animated series is amazing

2. The sense of humor that each character had was great

3. If you are a fan of sarcasm like me the show won't disappoint you

4. The fight scenes were great

5. Every character had a unique story to tell

6. The show didn't just focus on only one character the entire show

The viewer gets to see shadows of the Firelord throughout the first two seasons.  I liked that because it makes the Firelord even scarier when you are a kid growing up watching it.  But hands down the writers did an amazing job with the show.

The music and sound effects were great as well.  Every single piece of the puzzle came together for an amazing ending that I will not spoil.  I have seen this show 110+ times and I can still find something new I have missed since the last time I watched it.

In the first season of Avatar The Last Airbender it opens with Katara and her brother Sokka who were fishing in the south pole.  Eventually, they discovered Aang who was frozen in an iceberg.  What they did not know when they met him was that he was the Avatar.

During this season their goal was to find Aang and Katara a water bending master.  So they had to go all the way to the north pole to find the Northern Water Tribe.  And no they did not find Santa Clause when they got there.  Of course, they had many pit stops along the way but I am not going to spoil the whole season.

In season two of Avatar The Last Airbender Aang has to find an earth-bending teacher.  This was not an easy task to do because had to find someone who mastered waiting and listening before they attack the enemy.

By the end of the season, two Aang had a major battle to face.  That's all I am going to say about that.

In the last season of Avatar The Last Airbender Aang is ready to learn firebending.  I don't know about you but when we first find out who eventually became Aang teacher I was shocked.  Never expected it.

But before Aang is ready to learn firebending the team was ready for a war with the Firenation to end the 100-year war.  Let's just say that didn't go very well for them and leave it at that.  Near the end of the season, Aang was preparing to fight the Firelord who now has a new title.

Can anyone remember what the Firelord new title is?

I am going, to be honest, but the way the writers wrote this amazing show we couldn't ask for a better ending for the show.  Every time I watch the show it still brings tears to my eyes because you are happy for the main characters because of how far they come.

Plus let us all be honest we really didn't want the show to end.  It was a fun show that took you on a journey.  I am sure those of you who saw the ending will probably will agree with me that the ending was a good ending for the show.

It was a long build-up over three short seasons but I am also glad they didn't drag out the show.  For example, I felt like they did that to Supernatural a little.  I kept wondering okay what else can they do in the show?

I still haven't finished the whole series so do not spoil it for me but I will rewatch it.

Unfortunately, we never got season four of Avtar the Last Airbender.  I believe I read somewhere that Zach Tyler Eisen who played Aang voice got deep in season three.  So that's why they didn't do a season four.

I think they could have done one more season even with a deep voice since they could let Aang grow up a little bit.  But I also blame M Night Shamalan for his version of this amazing series.  The Last Airbender movie was the worst movie I have ever seen.

The characters in the movie were humorless, too much computer-generated imagery (CGI), missed pronounced names, and the acting was just downright terrible.  I am not going to blame the actors for that because M Night thought he could do better.

The reason why he thought he could do better is that he simply didn't like Avtar the Last Airbender.  That's his opinion, but he could have saved the world from a movie that shouldn't have existed.  After seeing the movie with my brother years ago when I was younger I walked out of the theater wondering what the heck was that?

Why didn't the earth benders just leave?  Like they needed a pep talk from (Ung) which really is supposed to be (Aang).  I know I usually talk about Autism and healthy living on our website but every time I watch Avatar The Last Airbender I always wonder why I haven't covered this amazing show before.

Avatar The Last Airbender has taught me a lot of life lessons and in my opinion, is a must-watch show.  If you must you can watch the worse movie in the whole world and compare the two just to see for yourself how bad the movie was.

I honestly feel bad for the actors because they probably will never get a job in Hollywood thanks to M Night.  If I were them I wouldn't want credit for that horrible movie.  It was so bad that it was funny.

It still amazes me that people still thought that movie was good.  I am sorry but those people who like the movie must have not watched the original show.  I can tell you one thing for sure is that once you watch the show pretty much every other show you watch will be a letdown.

Even though we did not get a season four of this amazing show.  I recently discovered that Avatar The Last Airbender continued where they left off with comic books.  I even said to my friend where have these been my whole life.

They have been around since after the show ended in 2008.  Where the heck was I?  I finished all of the comic books beginning of this year.  I really hope they make more because I can't get enough of this show.

You have probably heard that Netflix is going to make a live-action version of Avatar The Last Airbender.  I was excited at first when I heard that the two original creators of the original TV series were going to be involved.

But then I lost hope when I heard that the two creators left because they had creative differences.  Oh and I forgot to mention that the original sound effects and music won't be a part of it either.  Come on Netflix how are you going to make a better live-action Avatar The Last Airbender that can beat M Night version?

The bar is set so low but only Netflix can make a big mess out of things.  We shall see how well it will turn out sooner or later.  If it blows I am going to tell them straight up because I have some high standards when it comes to a live-action based movie that is based on the original series.

I will still give it a watch to see if it is good but my hopes have been shattered.  I am surprised whoever owns the rights to Avatar The Last Airbender, doesn't just tell these directors that no one can remake this show anymore since they botched their version.

Conclusion: Is Avatar The Last Airbender Any Good

Avatar The Last Airbender is a great show filled with action, adventure, humor, suspense, etc. It doesn't disappoint and I have only watched it 110+ times and I will continue to watch it. It is a must-watch show if you haven't seen it yet. 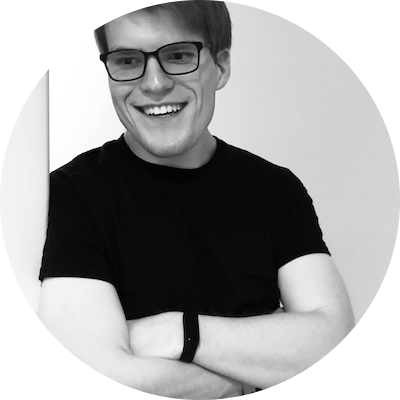 Jimmy Clare is an Autism Advocate, motivational speaker, author, and founder of CrazyFitnessGuy. 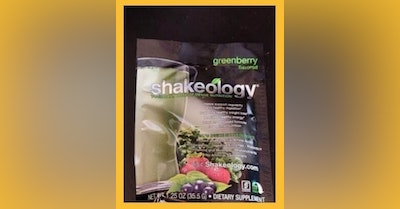 Shakeology: Worth the Price or a waste of money?

Is Shakeology worth the price? Read this review to find out if Shakeology is a waste of money or not. 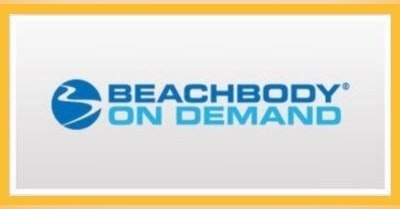 Beachbody on Demand Review: Is it Worth the $120

What Our Community Thinks Of Us 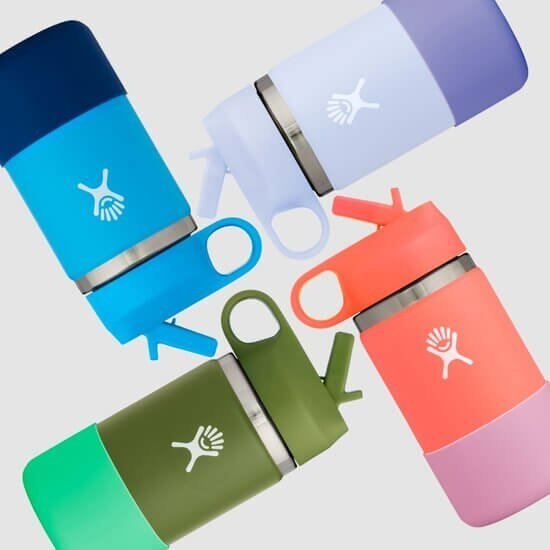 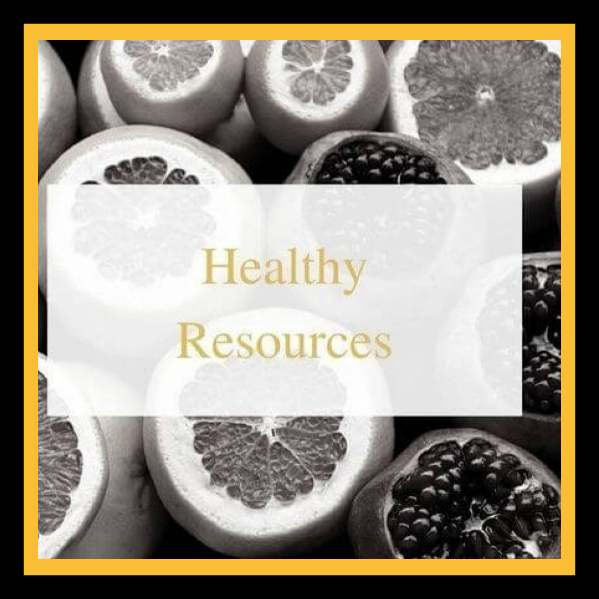 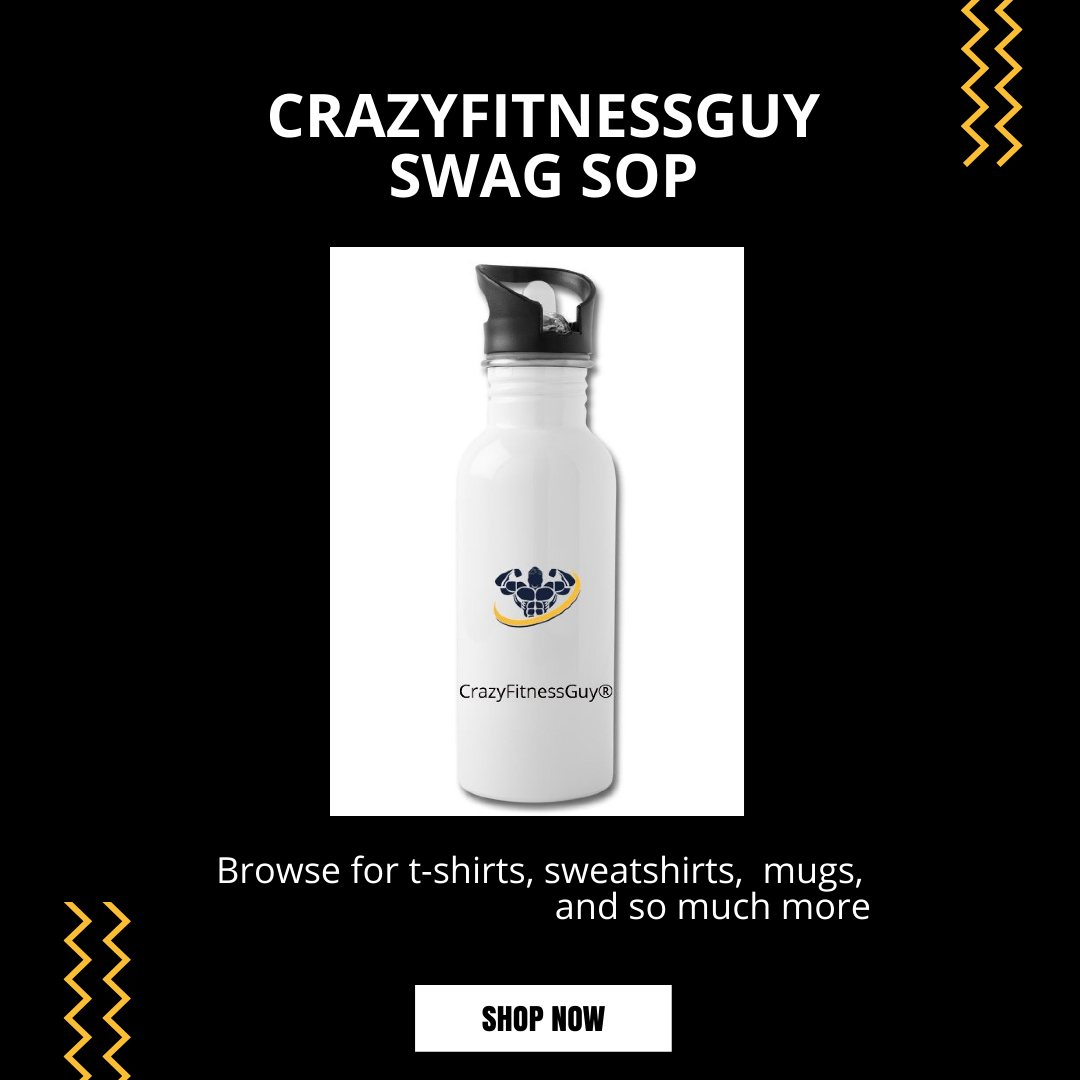 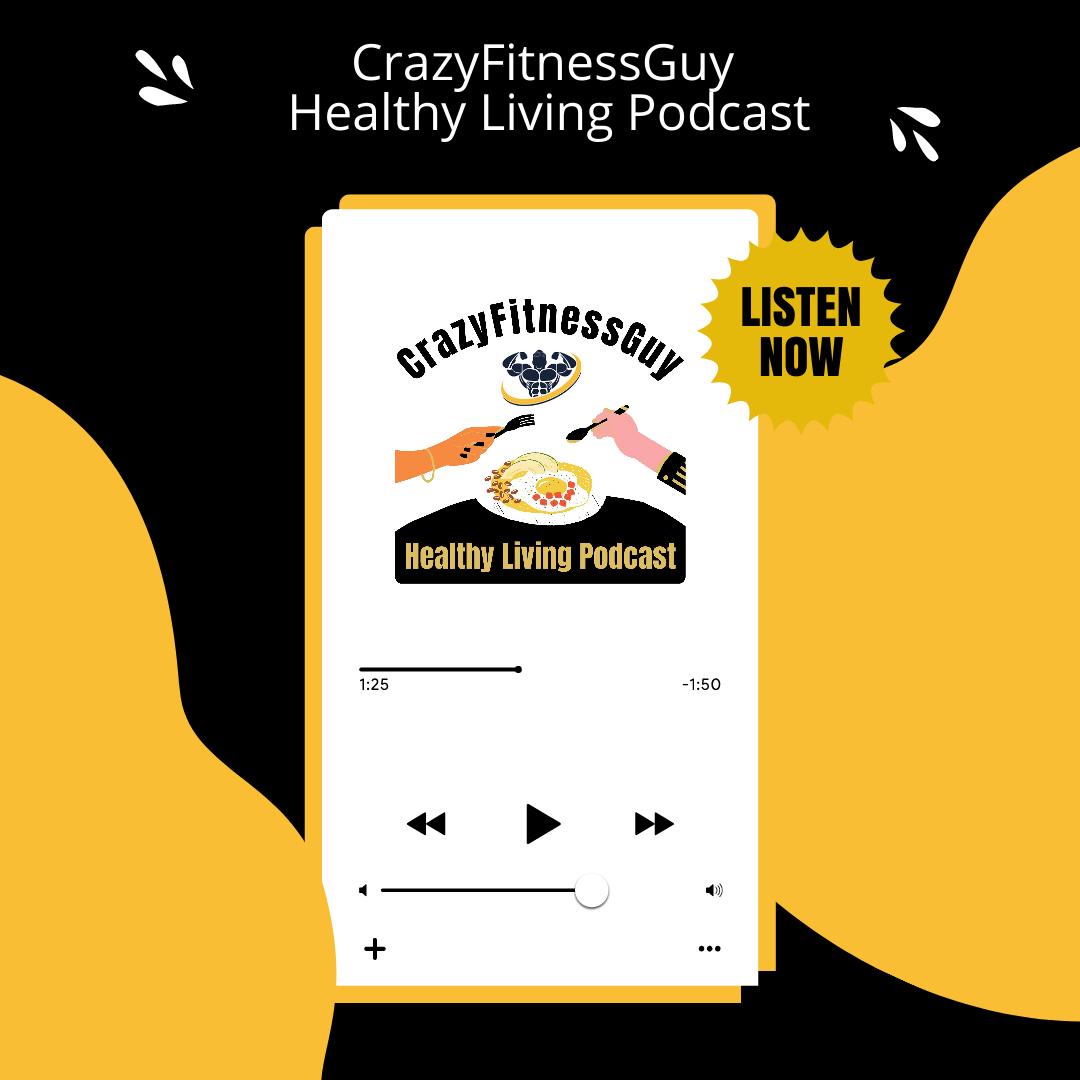 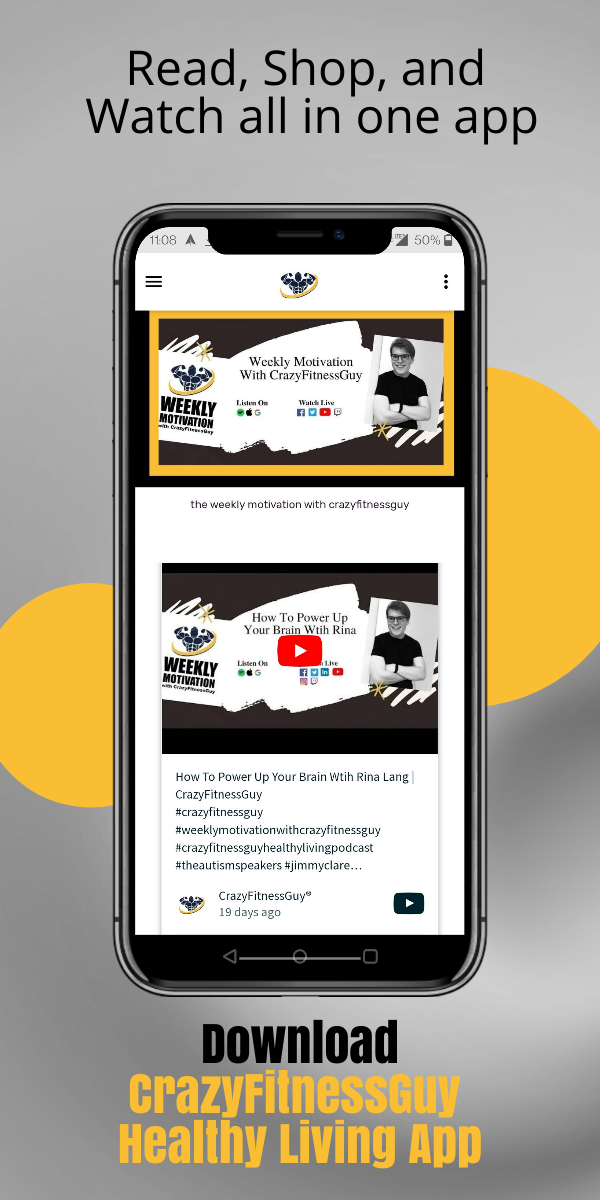